Here’s a list of people who should know better, have shame and be able to show at least a modicum of contrition (but are not):

1. Defensive Conservatives who have a platform of millions. All of you:

The defensiveness only shows your culpability in using violent rhetoric and imagery to intimidate and threaten others in order to secure your political power. The fact that Sarah Palin pulled the crosshairs map and had a lieutenant try to spin their use only indicts Palin that she should have known better.

It’s not like people didn’t speak up in 2009, at the height of the Tea Party/Town Hall madness.

Here’s an excerpt from a Q&A session in September, 2009 where Former Speaker Nancy Pelosi talks about the tone of rhetoric and the dangers it presents:

Limbaugh noted that Loughner reportedly has been stalking Giffords since 2007 — before the tea party came into being.

The reaction to the Arizona shooting has been a “lame, purely political attempt by the left to do what they cannot convince the American people to do, and that is support them. It’s embarrassingly, depressingly sick.”

Summarizing his views, Limbaugh said he and those who listen to him, Palin, and the people who voted for her, and “half the country have been indicted for the actions of a lone, deranged individual.”

Rush is wrong. This part of “The Left” is not tying Sarah Palin or trying to pin blame on her (yet) to the heinous assassination attempt and murders this Saturday past. This part of “The Left” wants to have a conversation about the tone and is using Sarah Palin’s recent violent imagery and language as an example to start that conversation. Mr. Limbaugh isn’t immune from using his own violent language (and shamelessness); 1, 2.

Typical conservative playbook: engage in the most vile, venal and disgusting behavior and then pivot and accuse their opposers of doing the very same thing.

Defensive conservatives, you are not helping this country move forward.

« Upset, Sad, Shocked and Only a Little Surprised
azspot: Lalo Alcaraz Had to reblog. Had to. »

How the Sausage is Made (but not touched) 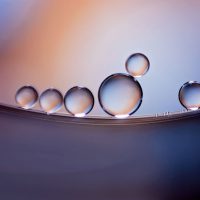 Link: I Use Oil And Water To Photograph Abstract Drops