This is one of the best hours of comedy that HBO ever broadcast. I taped this back in 1991-2 and that tape made the rounds of friends for years. Friends of friends started coming around asking for it. The tape would go missing for months at a time and I’d worry about the tape. Was it being cared for? Would I ever be able to play the tape again? Etc.

Now we have the internet. And the video below is what was on the tape. It’s Jake Johannsen, one of the most underrated comedians, doing an hour set of comedy for smart people that is full of great lines. The title of this post is part of a story about being forced to eat tomatoes. You can hear it at 34:45.

Yes, I know it’s an hour. But it’s a good hour. The hair and high-waisted trousers give the era away, but mostly it’s aged well.

Notable:
Family travel as a “hostage situation” (36:12)
Liberace as the “commandant of flamboyancy” (45:51)
Monkey avoidance while traveling (13:08, have to listen for a couple of minutes; NSFW language as part of the story) 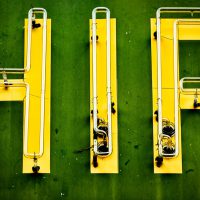