Heather wrote about the aftermath of the first dig. Since our homeowner’s insurance won’t cover any part of this repair (damage can’t be shown to be sudden and accidental) it looks like we are on our own devices. After we got our toilet back Thursday night, we’ve been stranded with the hole in the driveway while the necessary permits are gotten to do dig number two, the street excavation. We can bathe, run the dishwasher, run the washer and flush the toilet, but damn that hole is stinky.

They are cutting the street up as I write this, making a huge racket right during Leta’s nap: Tomorrow is the dig and then we’ll know if the city has to pay or we do. In Salt Lake City, the homeowner owns the line to the y-joint on the city sewer line. We learned that our existing lateral sewer line is made up of two feet sections of petrified terra cotta. The jet guy who was here for 12 hours on Wednesday ran a camera through the line and showed us where the problems were. The camera revealed at least a half dozen joints where roots were visible, even after 12 hours of cables, cables with blades, cables with whip ends and 300 gallons of water, 175 of which we supplied to the tank of the jet.

To just fix the existing problem is 66% of the total cost of us replacing our sewer line. We’re replacing the sewer line because we don’t want to have to deal with the aging line and the root issue that plagues it. Without a line replacement, we’d still be looking at thousands of dollars and the problem wouldn’t be 100% fixed. The long term fix is to do it when the expensive holes are already dug and no more street or home excavation is needed.

The worst part of this is that for several days, we were in camel mode and this morning, right during another camera run of the line, Heather and I were both called by nature. Typical. 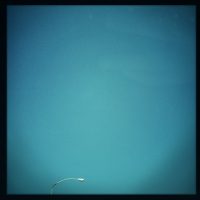