We’re home now. In reality. Very real reality with an exhausted Heather, an exhausted dog and what appears to be an exhausted baby. Chuck had a great time at his dog spa. This isn’t California, people. Chuck had his own version of SXSW. He’s wiped as well. Being social for so many days in a row is bound to take a toll. As will dancing maniacally to a band that featured the Concertmate MG-1, a synthesizer once sold by Radio Shack. 40 = Can’t dance like a fool without the musculoskeletal structure staging a near revolt.

What a great time. All the parties went off like it was 1999. Prince, the mothership can pick you up at any point.

I’m so tired and hoarse. It was a great trip. I’m still plagued by this question:

How do people do a conference without resorting to copious amounts of cocaine, crack or speed? We didn’t have more than twenty minutes of what might be called “down” time. That was the only time I posted any big camera photos. And I’ve got photos.

« SXSW The Keynote
SXSW: Some photos » 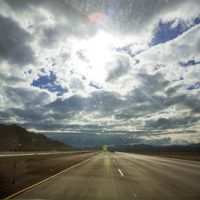