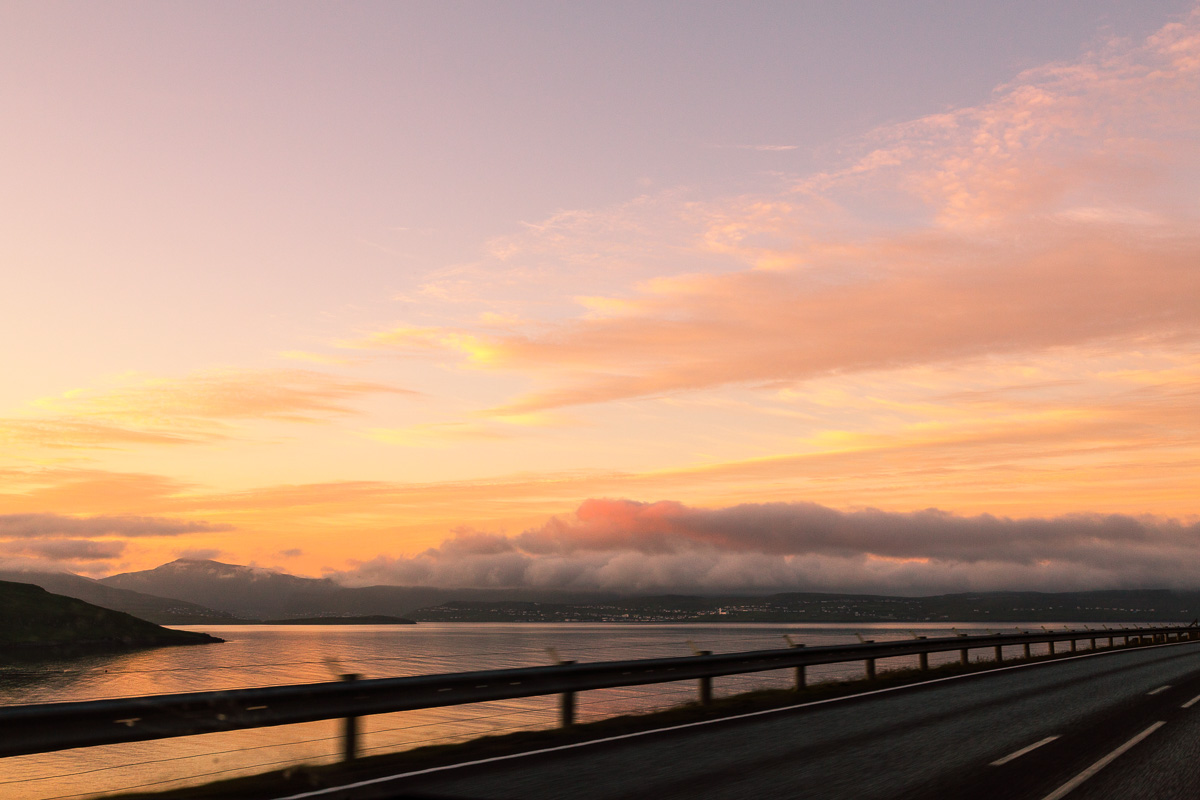 Driving in to Torshavn, Faroe Islands

Like I said in my previous post, arriving on the Faroe Islands was magic. The magic hour here is really more like 2.5 magic hours. This image shows the constantly changing clouds; the one in the middle kissed with pink from the fading sun.

After a few days here, we finally saw gray skies yesterday (Friday), with rain starting in the evening as we headed back to our hotel. That is the weather that I expected. Today is supposed to be rainy as well, but I’m hoping to capture some waterfall shots today. I want to give a shout to my fellow tour group members and thank them for their patience when we stop. I’m always the last to get in the car or they are waiting for me because I’m shooting so much.

The first full day in, Wednesday, we did a walking tour of the older part of Torshavn with two amazing guest guides, Birgir Kruse and Magni Arge, who shared a wealth of history, culture and tradition with the group. The light was stellar as we started our walk and didn’t really flatten out until about 1pm. Before it faded, I captured the backside of Torshavn Cathedral: 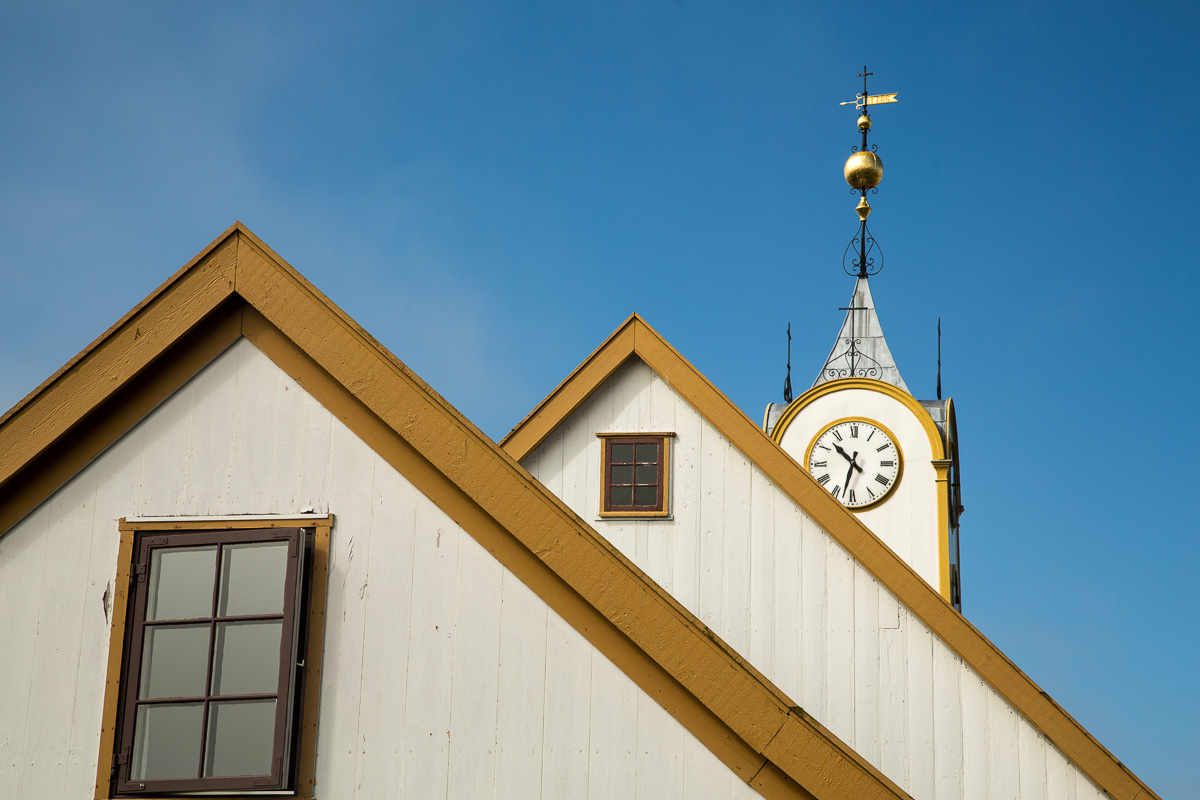 One of the biggest personal joys of this trip, beyond taking photos, has been meeting people who are passionate about where they live and about getting involved. In our walking tour, we walked past this house, which is the Faroe Parliament house or Løgting (awesome literal translation: “Law Thing”): 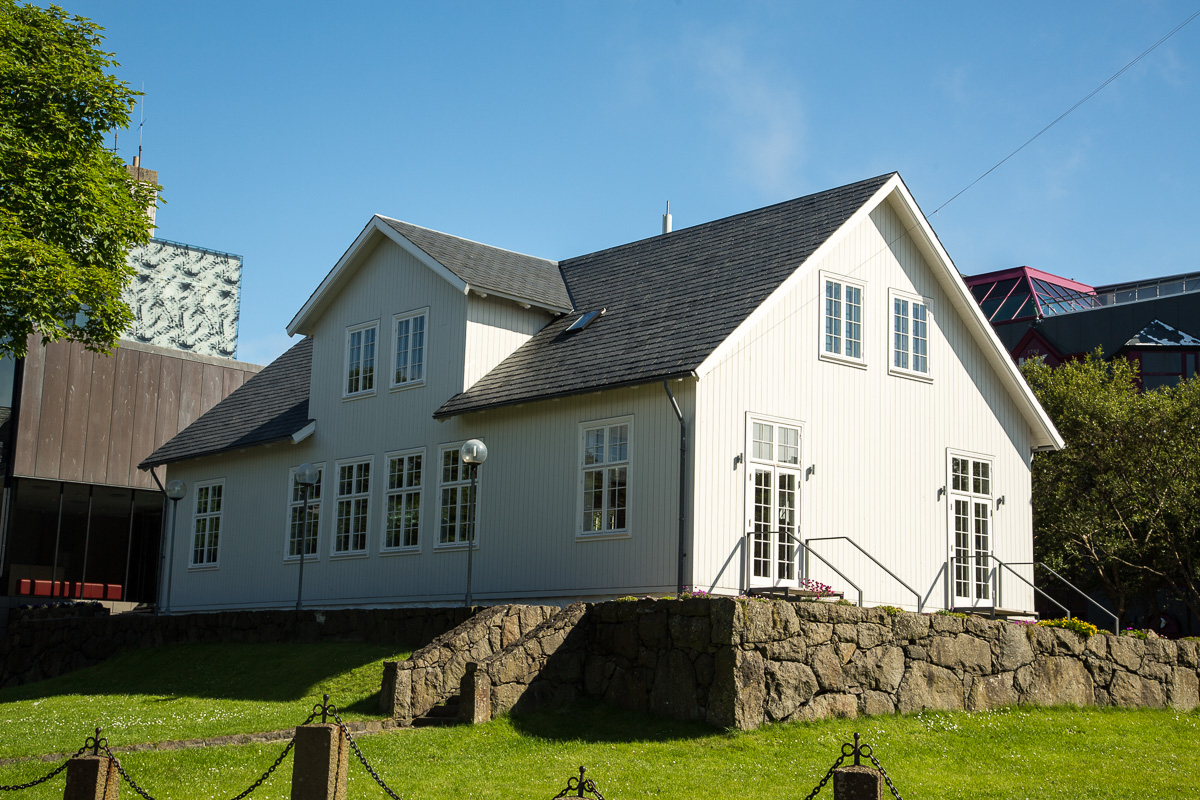 Something about this unassuming structure speaks to a hunch I have about Faroese culture. Everybody I’ve met does about 3-5 different major things with their lives. They aren’t loud about it and don’t really share more than they have to. It’s not a barrage of personal PR when you meet someone. It’s very no-nonsense and straightforward. Not cold, just different than the way that US people tend to present themselves, me included. So rather than a building harkening to Greco-Roman classic architecture with grand proportions, their government houses are less about show and more about function. The other thing that is striking in terms of architecture and how it relates to culture, is that the external decoration of buildings is very subdued. However, once you enter a home, it’s warm and cozy, full of life and energy. I’ll touch more on the latter point in a different post, but it’s something I’ve seen in just about every person I’ve met. Not flashy and when you talk for even a short while, the personal warmth surfaces.

Toward the early part of our walking tour, we were shown some of the oldest parts of Torshavn, which included these tightly spaced homes with grass roofs: 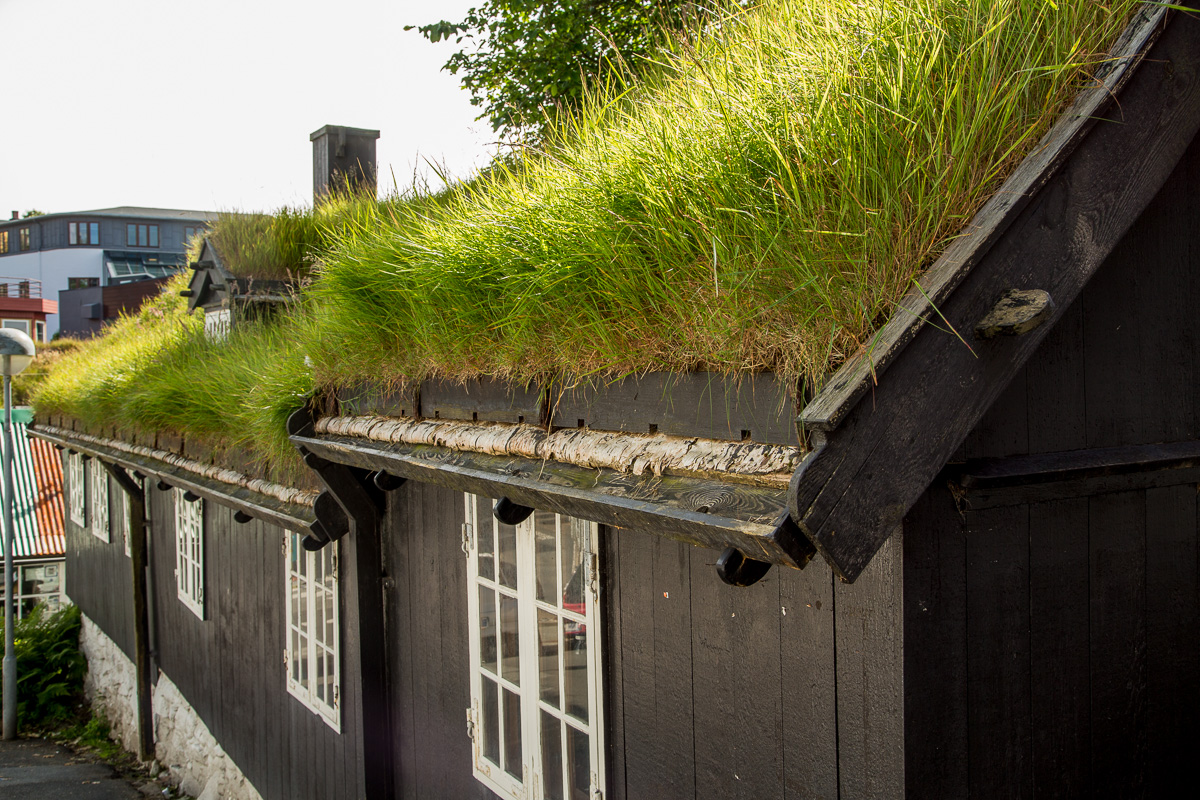 When I first did the admittedly little research about the Faroes before arriving, I saw a lot of photos of buildings with grass roofs, but I figured that was something that used to be done and has been abandoned. However, there are plenty of newer homes with grass roofs. I’ve heard a lot of stories about storms and wind in the Faroes. Having a heavy roof makes sense; it’s less likely to be blown off in a storm.

I’ve got more from our first day, but I’m already hammered from weird sleep. I went to bed Friday at 9-ish, the earliest since arriving, and woke at about 4am. I worked on some images, wrote this post and now hope to sleep for an hour or so before I head out for the day with the group. 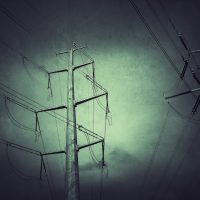 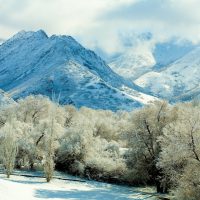 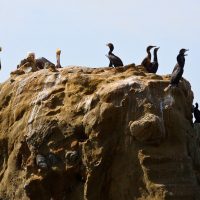