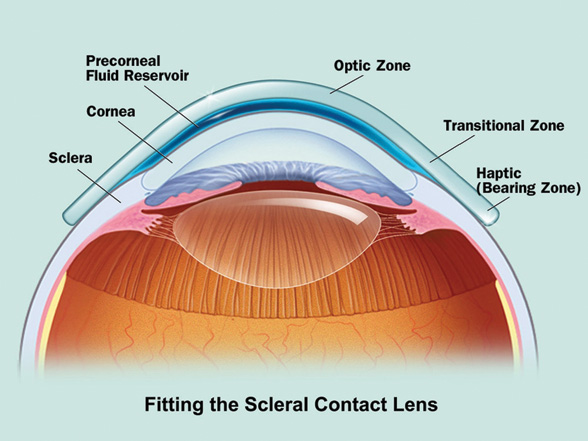 Aside from the wicked sinus infection forcing me to take gobs of antibiotics, my cornea transplant (keratoconus) from 1998 is starting to fail. I noticed an increase in cloudiness toward the end summer of 2011 during a swimming outing when I started to feel better after having my gallbladder removed. I came up to the surface after going underwater with goggles on and my right eye was gray. Really freaky. It cleared up after a couple of hours, but it sent me calling my nearest eye surgeon. Verdict: sometimes it happens. Deal.

A few weeks ago, I saw my ophthalmologist for a referred visit (more in a bit about that) and the ophthalmologist said that it’s time to start seeing him every few months so we can monitor the failure. He said it’s nothing to worry about yet, but we need to watch it. There is no way to write that sentence pun-free. I expected that at some point my right eye would have issues like this. I didn’t expect it so soon. Until I learned about the mean life span of a cornea transplant: 15 years. I’m closing in on that. January, 2013 will be 15 years. Prior to finding out about that little fun fact, I had been seeing a contact lens doctor who specializes in hard to fit patients. I can’t walk into a Lenscrafters and get new lenses. Has to be a specialist. So the thing that has caused even more distress than the failing cornea is that my right eye, the one with the transplant, will wander inward toward my nose, with disturbing regularity, resulting in double vision and making driving in tight traffic unnerving without major cognitive effort to steer the car and my eye. One of the assistants who saw me when I first saw the contact doctor mentioned that if I have lazy eye and it developed at this stage of my life, that would indicate deeper problems. As in time-for-a-brain-scan problems. Shudder.

The contact doctor seemed to feel that my lazy eye was of lesser concern than the problematic fit of the smaller rigid contact lenses —they were popping out of my eye far too often— and fit me with a rigid contact lens the size of a nickel. This lens, despite its size is actually more comfortable than the smaller, more traditional rigid lenses I’ve been wearing since I was a teenager. It’s called a sclera lens and here’s what it looks like:

image from this Mayo Clinic page.

The lens works well, except for after about 2-3 hours, my right eye fogs up enough to make close focus difficult. Even reading glasses don’t help the focus.

So when I got the cornea transplant fail diagnosis, my ophthalmologist kept on talking about something that I couldn’t make out. Then I hit the internet and discovered he was talking about Esotropia. Which is what is going on with my right eye when it drifts towards my nose. I’ve noticed this for a couple of years, but it’s getting worse.

On top of all of this, I have a microcystic corneal edema. I think the edema is causing the cloudy vision, but have not heard definitively. Treatment: I’m using prednisone drops every few days and sodium chloride drops every morning every three minutes for 15 minutes. At night, I use a sodium chloride ointment on my inner eyelid. It’s not as weird as it sounds.

Maybe one day, science will be able to bioengineer eye tissue. Maybe.

« A Pause Before the Chorus
Two Bits » 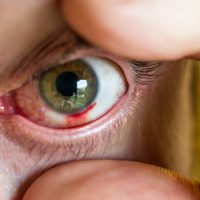