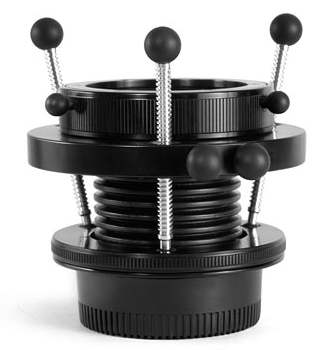 As most of you who frequent this site know, I like to make photos that are impressionistic and artistic in nature; less “true” or journalistic and more interpretive. Some have argued that these aren’t really photographs or in the case of a digg commenter, that I’m “shitting on photography”. I see it less as an excretory function and more of an artistic one, but I’m certain arguments could be made for both. I’m going to forego that discussion on this post.

In the past, I used a lot of digital editing tricks to try to remove the technology of the camera from the final work. I know this is a paradoxical notion. However, for how I work, it’s cheaper in time and money for me to use the tools I know and can afford to get the results I want. I love film, but was never really satisfied with my Holga. Without major modification, the Holga isn’t as reliable as my digital SLR. And while I love film, I’m trying to capture that same essence of random weirdness digitally, while enhancing the experience for the viewer in terms of art over reality. In other words, I’m trying to create my view of a scene, not a real representation of a scene. I use the camera to capture a starting point, knowing that in most cases, I’m going to use some tricks to get the image where I want. With the Lensbaby 3G (link goes to shopping cart page on lensbabies.com because they use flash on their site and I can’t link directly to a product page), the amount of work I’d have to do in an image editor or post-processing stage is drastically reduced, in some cases, nearly eliminated: I remember seeing photos from Heather Champ’s site in 2004 when she first got a Lensbaby [1, 2, 3, 4]. I wanted to get one immediately, but we had just bought the D70 and couldn’t really afford any accessories. In 2006, we were looking at buying a new camera and before we started our lens collection, determined that we’d research the hell out of our next camera purchase and make a real investment with whatever body we chose and lens line. We did that with the Canon 5D and shortly after we got the camera, we were sent a Lensbaby 3G, which about detonated me out of my skin with anticipation. While I’ve been a fan of weird toy camera blurs and inconsistencies, I was giddy imagining being able to have a little more control and the ability to actually meter a scene and still have crazy blur. That’s the beauty of the Lensbaby. The 3G is a small, lightweight lens that attaches the same way most other lenses do to your SLR camera. The nice thing about the 3G over previous versions of the Lensbaby line is that you can lock the focus area and then use a focus ring and three adjuster screws to dial in the sweet spot. The lens also has a series of discs that have a range of f-stops. If you want a small blur area, you can remove the metal disc with a magnetic wand (included in the package) and replace it with a higher f-stop ring. The range is from f/2 to f/22 (f/2, f/2.8, f/4, f/5.6, f/8, f/11, f/16, f/22 are included with the 3G). I like a good amount of blur, so I’ve been using the f/4 and f/5.6 rings the most.

Once attached to the camera, the lens is adjusted by first squeezing a couple of quick release knobs on the bottom of the outer ring and then bending the lens tube. The more severe the bend, the more harsh the blur. Once the sweet spot is found, there is a single lock button that is easily reached with a finger. Finer tweaks can be made by moving the limited range focusing ring and if needed, the three threaded posts that act as a bellows control on the tube. It’s a bit of work, but once you get how the lens operates, sweet spots can be found and focused relatively quickly.

With the locking ability, it makes it much easier to set up and repeat a shot. The older generations of Lensbaby lenses were manual focus, meaning you had to do some gymnastics to hold the sweet spot/focus area with every shot. I would imagine this still has appeal for certain photographers and the shots they want, but for me, I prefer the lockability and tweakability that the 3G allows. It’s really a testament to the engineering mind behind the Lensbaby line that an inexpensive, flexible focus system can be used on just about any SLR (film or digital) with a standard lens mount and get repeatable results. For fans of macro photography or tilt-shift photography on a budget, this is a great lens.

I typically shoot in natural light, but adding a flash for indoor shots has been relatively easy, given that the 5D will still meter through the Lensbaby. I’ll take a couple of test shots and tweak the shutter speed and flash zoom settings, depending on the effect I want. This is where the digital ability to instantly preview shots is wonderful. It takes a little more time to get a shot, but with the lockable positioning and options for holding the focus, the results are spectacular.

One of the difficulties with this lens is shooting portraits of living creatures. I tried a few Leta shots, but gave up quickly. With Chuck, I had an easier time, but had to hold the treat on my knee while I worked the lens. Portraits with the 3G will take a compliant and willing subject. It took a little longer than normal shoots, but after a few shots, I did one that had the sweet spot where I wanted: The lens does take some getting used to and I’m still working to understand how the sweet spot works. When you bend the lens, add the camera angle and distance to the subject, it really jacks the depth of field and in some cases, it’s very difficult to see if you’ve nailed a shot without previewing and zooming in on the camera or even getting the shots on a larger screen. The depth of field can be extremely shallow and I found that breathing or moving could change what was in focus: I’m looking forward to a long relationship with this lens and you should see more work from me in the future. To see other Lensbaby 3G shots, click here.

CNet has a more technical review with a lot of photos of the product.

NOTE: I just want to add a note about product reviews on this site. All reviews are unsolicited. That means I write them because I dig on the product or service or want to attempt to make constructive criticism. I do not review products because I’m being paid to do so. We get sent stuff all the time, and if we like it, it turns up in photos because we are wearing it or using it in real life and/or I write about it. If we don’t, it is given away or donated. I’m moving towards doing reviews, not for the schwag, but because so many of you ask my opinion all the time and I think there is value letting others in on the discussions.

I’ve also hesitated in the past to call something a review, when I’m just spouting off about it. I’m making an attempt here to be a little more pro. I said little.

Initial Thoughts on the Droid X 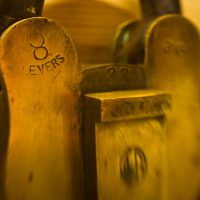