I’m supposed to be packing. However, I can’t stop thinking about Utah and booze. In California, the single best thing is being able to buy liquor at the supermarket. Being able to comparison shop between Ralph’s, Von’s, Costco and Trader Joes forces the entire editorial staff to swoon.

I’m thinking specifically of how difficult it’s going to be to buy the premium (I didn’t say snooty and ridiculously overpriced) hootch for special occassions. The Blurbodoocery is partial to the following: 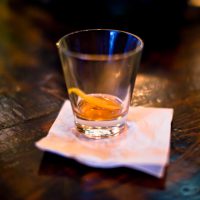